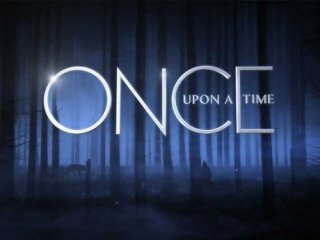 In keeping with the fairy tale theme of this week’s review I have to shamelessly promote some things that I love, love, love.

First, the new abc series, Once Upon a Time starring Ginnifer Goodwin as Snow White and Josh Dallas as Prince Charming. Though it has not been admitted that the producers of Lost used Bill Willingham’s Fables series as an influence there is a very similar plotline. The characters in Once Upon a Time are stuck in the “real world” much like the characters in Willingham’s Fables series.


Only a few episodes have aired but so far it is awesome!! The characters are likeable and Lost fans will enjoy the way in which the episodes are focusing on the past lives of the characters and what brought about the evil queen’s ire. I will be honest and say that at first glance I fell in love with Sherriff Graham, played by Jamie Dornan, and I am convinced that he has a big bad wolf alter ego (see below: love affair with Bigby Wolf) but I do have to admit that Josh Dallas has charmed (pun intended) his way into my heart after the last episode.

Definitely give this show a chance, it is quite loveable; also check out the website for some fun extras! 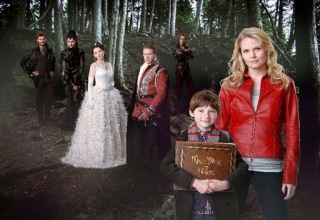 Once Upon a Time airs on Sundays at 8pm.

My second guilty pleasure is the fantasy miniseries, The Tenth Kingdom, which aired on NBC in 2000.

The Tenth Kingdom follows the adventures of a woman, played by Kimberly Williams and her father, played by John Larroquette, after they are transported from New York to the world of fairy tales. Ultimately they must help Prince Wendell save his kingdom from his evil stepmother after she has turned him into a dog! The show originally aired over a course of five nights and is almost seven hours long. There are many familiar faces on the cast including Scott Cohen as Wolf (LOVE him, I realize that this is probably shocking), Ed O’Neill as the Troll King and Dianne Wiest as the evil queen.

There have been many rumors about a second film being made but I try not to have high hopes, for now I will have to appease myself by watching my DVD over and over again :]

Check your local library for this movie, if you like fairy tales you will love this!!