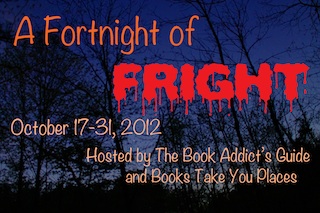 Today I am going to share my favorite villains from literature and film…villains are sort of my favorite thing so this might just be me fangirling all over the place..

After taking a peek around here, make sure you head over to Brittany’s blog to read about her favorite villains!

Dracula: Oh, Prince of Darkness how I love thee. Count Dracula is one of the most recognized characters in horror literature and film and frankly, I love him. Let’s take a look at my favorite portrayals of him and film and literature…

Bela Lugosi – Arguably the most famous actor to ever portray Dracula, Lugosi set the standard for the Dracula character we know and love today.

Pick me! Pick me!

Since we are working hard during The Fortnight of Fright to cater to the scary and comical side of Halloween we can’t forget Leslie Nielson’s portrayal of Dracula in Dracula: Dead and Loving it. Like Young Frankenstein, I watch this film too often – I enjoy me some Mel Brooks, what can I say?

There have been so many retellings of the novel Dracula and I have read my share. My favorites by far are The Historian by Elizabeth Kostava and Dracula in Love by Karen Essex.

“TO YOU, PERCEPTIVE READER, I BEQUEATH MY HISTORY…”

Captain Hook: Yet another villain I have a crush on. I thought it was because of Dustin Hoffman, how AMAZING is that movie?! But let’s be serious, have any of you seen the new teasers for season 2 of Once Upon a Time (Admittedly I could have added Rumplestiltskin to this list because I LOVE him but that’s for another time..):

Anywho…if you’re looking for Hook in literature besides Peter Pan, give The Child Thief by Brom or Tiger Lily by Jodi Lynn Anderson a shot. They’re both pretty amazing, I promise.

The Evil Queen: True, when I think of The Evil Queen I think of her portrayal in Snow White, but I believe The Evil Stepmother, Malificent, The Queen of Hearts and Mother Gothel can fall under this title as well. This character is terrifying because she is the epitome of evil wrapped in a mother’s garb. The Evil Queen has been rewritten again and again and each time I am impressed at her beauty, grace and utter corruption.

How about those actors you love to hate?

Alan Rickman: You’re all like “Girllll you know you mean Severus Snape” and yes, I do but also? I mean the Sheriff of Nottingham because I am a TEENY bit obsessed with Robin Hood. SO, Severus Snape FOR LYFE  due to the duality in his nature and all of that good stuff but also THE SHERIFF because he is an evil dude and Alan Rickman is AMAZING.

Tim Curry: Let’s be serious, the dude EXCELS at playing the bad guy. To name a few: Cardinal Richelieu from the Three Musketeers, Dr. Frank-N-Furter from The Rocky Horror Picture Show, Pennywise the Clown from It (throw up in my mouth), and Long John Silver from Muppet Treasure Island are some of my FAVORITE villains of all time (except IT, but we’ve covered that enough, I think) so it is no question that he be included on this fangirl list.

You rock that hat, Long John!

Notable mentions include: Bellatrix Lestrange (obviously), The Wicked Witch of the West, Nurse Ratched and…honestly..I could go on and on over here, villains are kind of my favorite. Instead, I will remind you to go visit Britt’s blog so that you can enjoy her favorite villains as well. Before you go though, let me know if you love any of these guys as much as you do and remind me of some favorites I missed!