Hello friends!! I am insanely excited to share a guest post with you by one of my favorite authors, Cat Winters!! I am sure that you all remember how much I loved In the Shadow of Blackbirds. You will also be lucky enough to read my rave review of The Cure for Dreaming tomorrow! For now, take a glimpse at Cat’s musings on how The Cure for Dreaming came about, and what it was like for her to write a vampire novel that wasn’t really a vampire novel.

Back in 2007, I signed with my current literary agent because of a manuscript I wrote called The Vampire’s Wife, a suburban satire/love story for adult readers. Twilight was a brand-new book at the time, but I hadn’t yet heard of it. My kids were both under ten and a long way off from reading YA, and my attention was directed toward reading and writing adult fiction.

As most readers know, an epic vampire craze quickly took off around that same time, especially once the Twilight movie debuted in 2008. My vampire novel was making the rounds to publishers during all of the hubbub, but it was a book that fell somewhere in the middle of literary fiction and chick lit, so no one knew quite what to do with it. Despite the thirst for vampire entertainment, the novel, sadly, never found a publisher.

By the time I started writing my first YA novel (and ultimately my first published novel), In the Shadow of Blackbirds, the vampire fiction market was already becoming oversaturated. Readers tired of their fanged heroes and heroines, and I put the idea of ever writing another vampire novel aside. My focus became my shiny new WWI-era ghost story.

However, the Twilight craze, with all of its Team Edward/Team Jacob merchandise, the fan fiction, and even the astounding number of Twi-Rock bands, still intrigued me. I tucked an idea into the back of my head: Wouldn’t it be interesting to one day write a novel about Victorian teens who fall in love with Bram Stoker’s newly published novel, Dracula? How would young women at the turn of the twentieth century have reacted to that classic, sensuous tale of a seductive “gentleman” vampire? What would the boys think when reading about a man who overcomes women by biting into their bare necks and sucking the life straight out of them?

In October 2011, the idea for my newest novel, The Cure for Dreaming, hit me. I wanted to write a book about a budding seventeen-year-old suffragist whose father hires a hypnotist to cure her of her rebellious thoughts and dreams. Initially, I didn’t even think about vampires. The story quickly evolved into the tale of a girl who, due to a slight tweaking of words by the hypnotist, is instructed to see the world the way it truly is, instead of accepting it the way it is.

Suddenly, my idea of Victorian teens reacting to Dracula sprang in my head. More questions arose: What if I made my budding young suffragist a huge fan of Dracula? What if her obsession with the book follows her into her hypnotized state, and she starts seeing untrustworthy people as vampires and oppressed individuals as ghosts? How would she react to the world around her? What would she do?

The answer turned into The Cure for Dreaming, which I’m thrilled to say is now available from Amulet Books this very month. The book is a vampire novel that’s not actually a vampire novel, and I’m so excited to share my tale of emotional bloodsuckers and empowered Victorian girls this Halloween season. 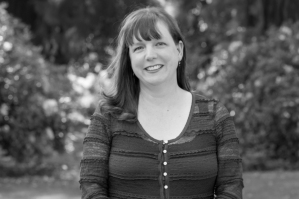 Cat Winters’s critically acclaimed debut novel, IN THE SHADOW OF BLACKBIRDS, was named a 2014 Morris Award Finalist, a 2014 Best Fiction for Young Adults pick, a 2013 Bram Stoker Award Nominee, and a School Library Journal Best Book of 2013. Her other books include THE CURE FOR DREAMING (out now), THE UNINVITED (William Morrow/2015), and THE STEEP AND THORNY WAY (Amulet Books/2016), and she’s a contributor to the 2015 YA horror anthology SLASHER GIRLS & MONSTER BOYS. Cat lives in Portland, Oregon, with her husband and two kids. Visit her online at http://www.catwinters.com.