We have Maggie from Macarons & Paperbacks telling us all about her favorite spooky podcasts. I loooove podcasts and some of these are my favorites, but others I haven’t listened to before! Check out what Maggie has to say and then  head over to Amy & Brittany’s blogs to see who they have featured today! Don’t forget, we are hosting wonderful bloggers & authors for two whole weeks with recipes, book recommendations and a lot more awesome!

I love listening to podcasts. I find that it’s a great way to fill up my time when I’m on my work commute or doing housework and I don’t feel like listening to an audiobook or putting on music. The podcasts I listen to tend to be of the historical or true crime persuasion, and some of them can get pretty spooky (especially when they’re about real life events). If you’ve visited my blog, macarons & paperbacks, you may know that I identify with Catherine Morland from Northanger Abbey: we both like to indulge in scary stories, specifically at night so our imaginations can get the best of us.

Here is a list of some spooky podcasts that have kept me up at night (and have given me the heebie-jeebies even in broad daylight). Since I’m a Classics lover (if you couldn’t tell from my Northanger Abbey reference), I’ve also included some narrations of my favorite gothic short stories. Let’s me honest: no one does scary better than Edgar Allan Poe 😉

Stuff You Missed in History Class – “The Hinterkaifek Farm”

Let’s start off with a mild one; although it’s about a gruesome unsolved family murder so I don’t know if that can be considered mild. Tracy and Holly host the SYMIHC podcast, where they “teach” about a variety of interesting topics and events throughout history. Usually they focus on topics such as war battles, royalty, and important figures in STEM fields, but sometimes, especially this time of year, they cover unsolved murders. One of the first SYMIHC episodes I listened to was this “History Mysteries Double Feature”, and it really creeped me out (but also made me become a regular listener to the podcast). The first part of the episode is about a couple that vanished on their honeymoon, and the second part, the really creepy part, is about a family that was murdered by someone who may have been hiding in their farmhouse for weeks or months. Have fun sleeping after listening to that story…

My two favorite things about this podcast are that the hosts have great voices (and they have a full cast for reenactments), and the shows are relatively short, so it’s easy to binge listen. Each episode, as you may have guessed, covers a real life unsolved murder. Focusing on the #1 unsolved murder case in Texas, The Phantom Killer episodes were especially scary to me, perhaps because the victims were attacked when they were out alone late at night, usually with their significant others. 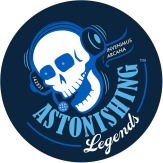 This is a great podcast if you’re all about conspiracy theories. Ghosts, aliens, the Oak Island Money Pit…they talk about it all on Astonishing Legends. The Dyatlov Pass episode has intrigued me the most so far. It covers the unexplained, real life deaths of 9 students on a hiking expedition in Russia. The show notes even include the final photographs the group took before they mysteriously died.

Another Astonishing Legends episode, but this one I haven’t listened to because I’m actually terrified of the topic. My husband has listened to it, however, so he can vouch for it’s scariness. 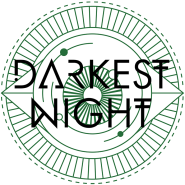 The Darkest Night – “The Will Reading”

Here’s another podcast that creeped me out so much I had to stop listening, even though it’s narrated by the fabulous Lee Pace. The sound quality is top notch, and the scripts are well written. My advice: don’t listen to these too late at night… 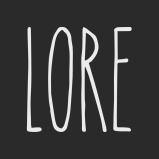 This is a spooky podcast that came highly recommended from several of my friends. I’ve only listened to one episode so far, so I’ve linked to the most recent installment above. Here’s the show’s synopsis: “Lore reveals how our horror legends—such as vampires, werewolves and body snatchers—are rooted in truth.” Amazon has also developed this podcast into a watchable series, so add it to your Halloween watch-list as well!

Fictional – “Give Him a Hand”

I recently discovered Fictional and I love it because each episode is a retelling of a book or short story. So far all of the featured works of fiction have been on the spooky side. The most recent episodes are about The Time Machine, which both scared and intrigued me. Episode 1 covers “The Monkey’s Paw” by W. W. Jacobs, and you may have read it back in middle school like I did. My 8th grade literature class was AMAZING. My teacher introduced me to gothic literature, including Edgar Allan Poe…

One of my first and definitely my favorite Edgar Allan Poe short story. Revenge, jesters, wine cellars, and being buried alive. It’s guaranteed to spook you. This is a Librivox recording, but I highly suggest this narration by Basil Rathbone as well.

Below are two other podcasts that have been recommended to me, but I haven’t had the chance to listen to yet.

“How do you feel about paranormal activity or the Supernatural? Ghosts? Spirits? Demons? The Black Tapes is a serialized docudrama about one journalist’s search for truth, her enigmatic subject’s mysterious past, and the literal and figurative ghosts that haunt them both.” 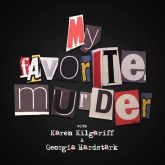 “Lifelong fans of true crime stories Karen Kilgariff and Georgia Hardstark tell each other their favorite tales of murder and hear hometown crime stories from friends and fans.”