Hey there! Today we have Abigail telling us all about her favorite Halloween movies! I looove the Corpse Bride but have never seen Over the Garden Wall. I will be adding that to my list for sure! Have you seen these movies? What do you think? Head over to Amy & Brittany’s blogs to see who they have featured today! Don’t forget, we are hosting wonderful bloggers & authors for two whole weeks with recipes, book recommendations and a lot more awesome!

This month, to prepare for Halloween (because of course this whole month is about the wonderful autumn holiday) I’ve been watching weird, comedy and Halloween-like movies. I am not a horror fan, I just don’t handle it well. So for me these films are a good compromise for wanting to watch Halloween-esque stuff. Also because I had a strange childhood I didn’t see a lot of films that most people have seen, so this gave me a good excuse to catch up on all Tim Burton’s work. 😉 But without further ado, here is the first part of my list. 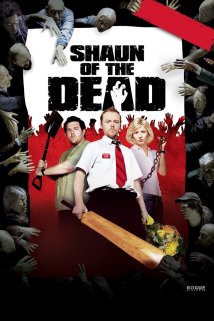 Shaun of the Dead: I’d heard a lot about this film, and I decided to finally sit down and watch it after my brother-in-law told me how much he loved it. Shaun of the Dead is everything you would hope from a British comedy that makes fun of zombies. Shaun spends the first part of the film hilariously unaware that the world is going to hell around him. The ending didn’t really go where I thought it would, but I still enjoyed the film overall. I would give it 3 stars on a 5 star scale. END_OF_DOCUMENT_TOKEN_TO_BE_REPLACED