Recommended For: Fans of mermaids and fairytales

Celia Reynolds is the youngest in a set of triplets and the one with the least valuable power. Anne can see the future, and Jane can see the present, but all Celia can see is the past. And the past seems so insignificant — until Celia meets Lo.

Lo doesn’t know who she is. Or who she was. Once a human, she is now almost entirely a creature of the sea — a nymph, an ocean girl, a mermaid — all terms too pretty for the soulless monster she knows she’s becoming. Lo clings to shreds of her former self, fighting to remember her past, even as she’s tempted to embrace her dark immortality.

When a handsome boy named Jude falls off a pier and into the ocean, Celia and Lo work together to rescue him from the waves. The two form a friendship, but soon they find themselves competing for Jude’s affection. Lo wants more than that, though. According to the ocean girls, there’s only one way for Lo to earn back her humanity. She must persuade a mortal to love her . . . and steal his soul. (Via Goodreads)

I wasn’t sure what to expect going into this novel, I didn’t particularly enjoy Sisters Red yet I liked Sweetly enough to want to continue on with the “series.” I won’t say I’m sorry that I did but I was disappointed in a lot of ways.

I suppose these are more “companion” novels than novels in a series yet I still wanted to hear more from characters in the previous two books. Characters in Sweetly were alluded to, it’s no surprise that “Lo” is also “Nadia” the lost sister from Sweetly, but I wanted more. I have to give credit where it’s due, all three novels are tied up in a way that make them not dependent on one another. However, upon finishing this book I couldn’t help but wonder if there was going to be another novel to finally bring everyone together. It really felt to me like the “series” is just getting started. Note: If the series is just getting started then these loose ends would make sense to me. However, I have not yet heard or read any indication that there will be  more novels in this series. If you have, please, enlighten me!

I found that kept asking myself questions while reading the novel, “Why do these sisters have powers,” and “Where are these werewolves that plagued the first two novels?” Don’t worry, they show up for a brief episode, and we learn where they come from, kind of. All three novels gives us a major piece of information in regards to the fenris, how one is made, what they do to the girls they “steal” and so forth. Yet I was still left with feeling like I only read parts of different stories thrown together.

First, there is the idea of it being a “retelling” of The Little Mermaid. True, there was a mermaid who longed to be on land but for me, that is where the comparison ended. Lo longs to have her old life back (the life of Nadia) and she has been told that the only way to do this is to make a mortal fall in love with her so that she can steal his soul. Second, there are the triplets who just happen to have these powers to see the past, present and future. How and why do they have these powers? I’m not sure. For the sake of this story the powers enable Celia to assist Lo in remembering her life as Nadia, to help hold on to her humanity.

There were things I really enjoyed in this novel. The point of view changed between Lo (and Nadia) and Celia so it was really a story from three different characters. This kept the novel interesting. I also liked that Lo wasn’t a mermaid in the way that we know them, the fins and so forth, but more of a girl who can live and breathe underwater indefinitely. I also really enjoyed the ending to the novel. Jackson Pearce has great success in writing endings that I really don’t see coming. In fact, I went back and re-read my reviews for the prior two novels in this series and I mentioned the same things: how I didn’t love the novel throughout, but the ending redeemed it for me. Interesting. Celia, Jude and Lo were fantastic and layered characters that I really grew to love, I felt connected to them as I did the characters in Sweetly. I would have liked to have learned more about Celia’s sisters, as I mentioned earlier a little explanation of their powers would have been enjoyable and would have given the characters more depth, but they played their parts in the end.

I honestly don’t completely know how I feel about this novel. Parts were riveting and beautiful and parts didn’t click with me. If Pearce decides to continue on with this story, I will be back for more but it isn’t something I feel compelled to read.  If you are looking for a different type of mermaid story, one slightly sinister yet also endearing, I encourage you to take a chance and read Fathomless yourself.

Side note: I have to weigh in, I really, really adored the covers of both Sisters Red and Sweetly and to be honest, I am extremely disappointed in the cover of Fathomless. Alas! 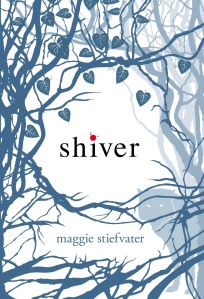 Series information: Book 1 in The Wolves of Mercy Falls series

Recommended For: Readers looking for a book reminscent of Twilight, minus the vampires.

For years, Grace has watched the wolves in the woods behind her house. One yellow-eyed wolf–her wolf–is a chilling presence she can’t seem to live without. Meanwhile, Sam has lived two lives: In winter, the frozen woods, the protection of the pack, and the silent company of a fearless girl. In summer, a few precious months of being human . . . until the cold makes him shift back again. Now, Grace meets a yellow-eyed boy whose familiarity takes her breath away. It’s her wolf. It has to be. But as winter nears, Sam must fight to stay human–or risk losing himself, and Grace, forever.

When Grace was younger, she was attacked by wolves in the woods surrounding her home. As she lay dying, a wolf with bright yellow eyes fended off the other wolves and saved her life. As the years went on, Grace continued to find the wolf staring at her, keeping her safe. Grace begins to think of this wolf as “her” wolf and when a hunting party ventures into the woods she becomes terrified. Once at her house, Grace finds a naked, shivering boy on her porch who has been shot in the shoulder. Grace soon learns that this boy, named Sam, is indeed “her” wolf and has been watching and protecting her for years. The catch of his “disease” is that every summer, when it is warm, Sam turns into a human and once the temperature drops he becomes a wolf again. As the years go on however, Sam’s summers become shorter and shorter and he fears he will soon lose the ability to turn into a human all together. The story progresses and Sam and Grace work together to keep him warm, and human.

The cover of this book was what initially drew me in, and the fact that it was a book with a werewolf as a focus, a change from the typical vampire love story. I also really appreciated that the “change” for the werewolf isn’t brought on by the full moon but by the change in temperature. Unfortunately that was not enough to make me enjoy the story, I had a very hard time reading this book and found myself fighting against the storyline. I can definitely see why most readers would LOVE this book. For me, it was like the Twilight series, minus the vampires. The two main characters were head over heels, nothing can stop us, will do ANYTHING for the other in love. I had a hard time buying this, the characters were not very developed and their love was just supposed to be understood, with little evidence as to why they had fallen in “love” in the first place. Overall, I was a bit bored with the story and couldn’t really get into it; however I would definitely recommend it to readers who like teen romance and books like Twilight.