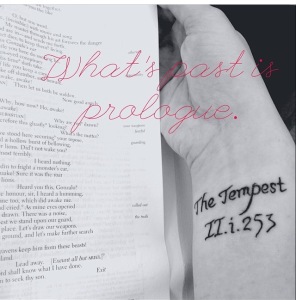 That being said, it is no question that when Alexa of Alexa Loves Books asked if I wanted to to join her in a blog collaboration celebrating the bard I jumped at the idea immediately. Thus, Bard on the Blogswas born! It is an event celebrating William Shakespeare, starting on his birthday, April 23 and ending on April 27! Alexa and I will be sharing some Shakespeare centered posts, and we want you guys to join in!

To see what I have done in the past to celebrate Shakespeare, take a look at the post below: