Today we have Abi from Rambling Writer talking about creepy but not TOO creepy books! Take a look at what she has to offer and head over to Amy & Brittany’s blogs to see who they have featured today! Don’t forget, we are hosting wonderful bloggers & authors for two whole weeks with recipes, book recommendations and a lot more awesome!
If  you’re like me then you like some amount of creepiness in stories. When I get in mood I like to have a bit of mystery, a bit of a chill down my back when I’m at the edge of my seat. But I can’t handle too much creepiness or I may have some anxiety problems that night. So if you’re like me then here are a few books I’ve found that have just the right amount of creepy. 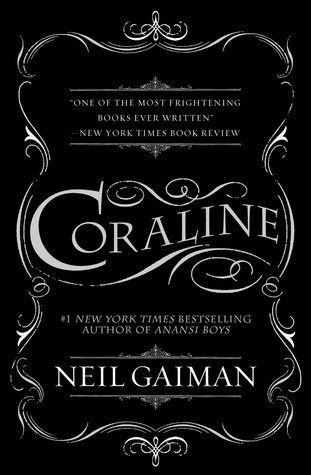 Goodreads Synopsis: Coraline’s often wondered what’s behind the locked door in the drawing room. It reveals only a brick wall when she finally opens it, but when she tries again later, a passageway mysteriously appears. Coraline is surprised to find a flat decorated exactly like her own, but strangely different. And when she finds her “other” parents in this alternate world, they are much more interesting despite their creepy black button eyes. When they make it clear, however, that they want to make her theirs forever, Coraline begins a nightmarish game to rescue her real parents and three children imprisoned in a mirror. With only a bored-through stone and an aloof cat to help, Coraline confronts this harrowing task of escaping these monstrous creatures.

It’s been quite a few years since I’ve read this book, and it’s actually one of the first soft horror books I’ve read. There are definitely parts of this book that are scary. I think it’s because the main character is so young an put through this nightmare. But it’s a wonderfully written story, and well worth the time. Coraline is actually the book that made me a fan of Neil Gaiman. 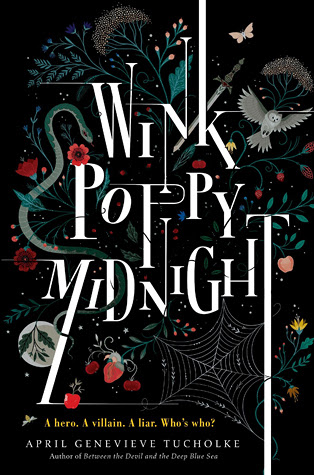 Wink is the odd, mysterious neighbor girl, wild red hair and freckles. Poppy is the blond bully and the beautiful, manipulative high school queen bee.Midnight is the sweet, uncertain boy caught between them. Wink. Poppy. Midnight. Two girls. One boy. Three voices that burst onto the page in short, sharp, bewitching chapters, and spiral swiftly and inexorably toward something terrible or tricky or tremendous.

What really happened?
Someone knows.
Someone is lying.

I was so not expecting this book to be creepy at all. I, mistakenly thought this was just another contemporary YA story with some mystery.  But even thought I was surprised I greatly enjoyed this book. The prose is absolutely gorgeous and I absolutely adored this book. 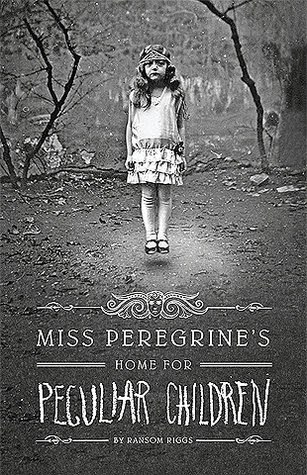 A horrific family tragedy sets sixteen-year-old Jacob journeying to a remote island off the coast of Wales, where he discovers the crumbling ruins of Miss Peregrine’s Home for Peculiar Children. As Jacob explores its abandoned bedrooms and hallways, it becomes clear that the children were more than just peculiar. They may have been dangerous. They may have been quarantined on a deserted island for good reason. And somehow—impossible though it seems—they may still be alive.

Now this book is probably the least creepy book on the list but it’s still a good one. This book is full of magic and has some great and unusual characters. The whole series is fantastic. 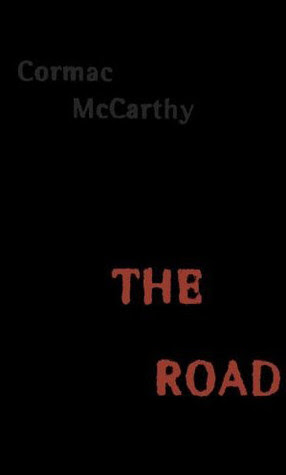 Goodreads Synopsis: A father and his son walk alone through burned America. Nothing moves in the ravaged landscape save the ash on the wind. It is cold enough to crack stones, and when the snow falls it is gray. The sky is dark. Their destination is the coast, although they don’t know what, if anything, awaits them there. They have nothing; just a pistol to defend themselves against the lawless bands that stalk the road, the clothes they are wearing, a cart of scavenged food—and each other.

And the last, and most creepy book on the list is one that I read just a few years ago. Honestly I don’t know if I’ll ever read this book again. The Road is intense and has some really brutal parts.  But it’s wonderfully written and shows a very realistic side to the world after the apocalypse.

One thought on “Fortnight of Fright: Creepy Books by Abi”